Just too tired to write anything remotely coherent so will do this entry tomorrow morning. Maybe. If I can be arsed.

OK, it’s the next morning and I feel up to writing about yesterday because it had its moments. I had slept for seven hours straight on Sunday night, a record for the lockdown era, I think. Woke up feeling OK and it was another beautiful, cloudless, sunny morning though a chilly, brisk wind was blowing all day.

Had intended to go for a run but the previous day I had somehow tweaked my back slightly and it was still sore and stiff and didn’t fancy the idea of being out somewhere on my own and having it seize up on my like it has in the past. This one isn’t nearly as bad as some previous back troubles, which can literally be so painful I can’t get up off the floor. I remember when Charlie was just a baby and he, Alice and I had all gone to Guildford on the train. I was pushing him in his stroller when it seized up and I couldn’t get up off the ground for an hour. Not fun.

So rather than run I went for a walk to the Clears again with Alice, where we said hello to a local llama. 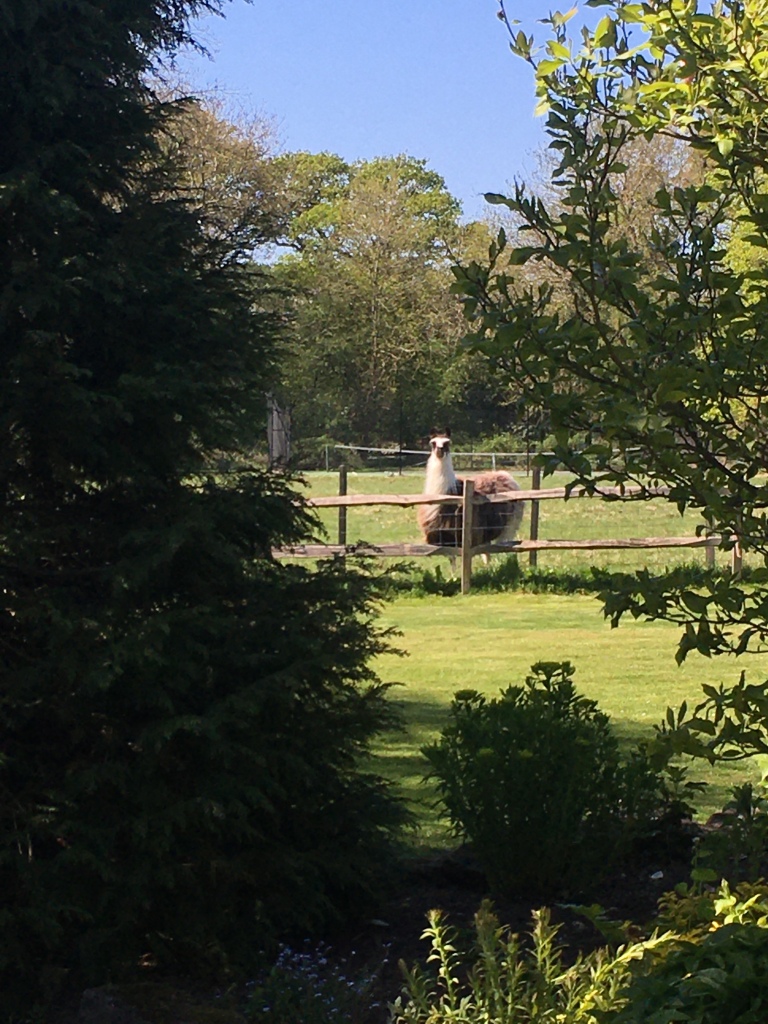 We had no problems with Covidiots until I stopped in at Boots on the way back. There was no queue and they were only letting a few people in at the same time. I got my hay fever spray and eye drops and went to pay. They had clearly marked off spots on the floor for you to stand at waiting for your turn and I was second in line behind two women. One went up to make her purchase and the other started wandering around moving towards me and paying no attention to social distancing. So I told her to “get the fuck back!” She looked at me and said: “I’m not coughing.” Unbelievable! She’s not coughing so she doesn’t have to bother with all this social distancing stuff! Afraid I might have dropped a few more f-bombs! But managed to make my purchase and get the hell out. The experience upset Alice when I told her about it and I felt agitated the rest of the day.

The incident likely contributed to my lower back getting worse so took some paracetamol and called it a night about 10:30pm.